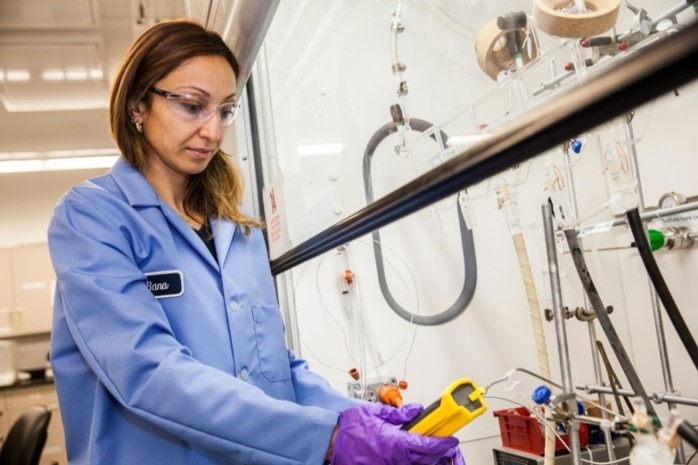 Founded in 2008, the Toyota Research Institute of North America (TRINA) is exploring next-generation core technologies via fundamental research discoveries that enable breakthrough applications for a sustainable mobility society. TRINA is building the foundation for Toyota’s advanced product development through in-house research plus collaborative efforts with both internal and external partners across North America which has resulted in more than 1,200 granted patents and numerous high impact publications since inception.

TRINA is committed to achieving excellence through innovation. Throughout its history, TRINA has undertaken a wide range of research activities in the fields of materials science, future mobility and infrastructure, and advanced electronics. This effort is centered around electrification, energy and environment, social structure and humanity, simulation, analysis, material informatics, functional materials, and safety in support of our future mobility vision. Whether it is bio-inspired paint, R&D 100 Award winning cooling technology for hybrid and electric vehicle electronics, next-generation energy storage systems, or automated vehicles, TRINA is leading innovation for the future. In doing so, TRINA remains committed to both industrial and academic sectors in North America which drive the capability to provide breakthrough technologies toward a sustainable mobility society. 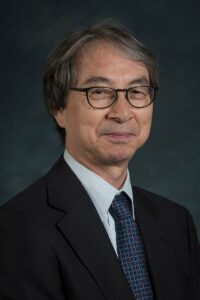 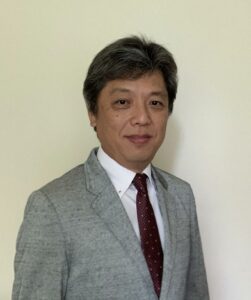 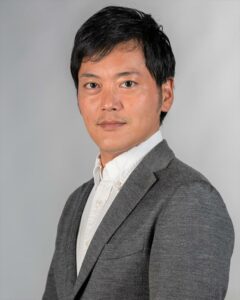 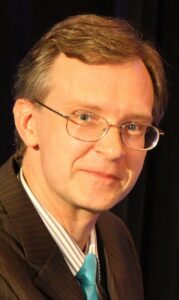 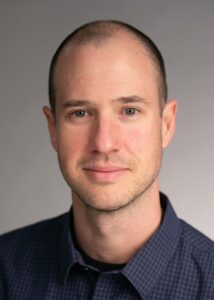 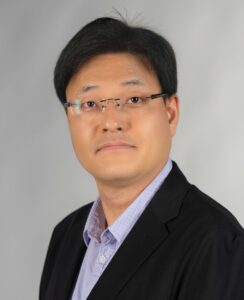 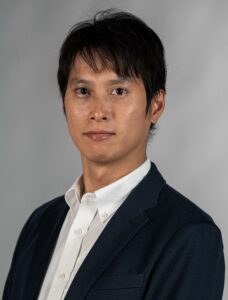 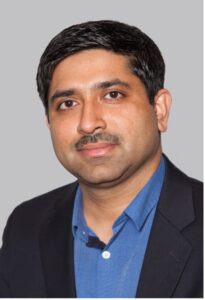 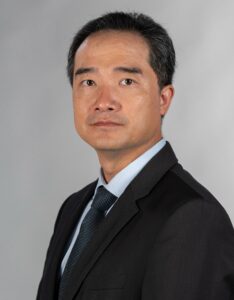 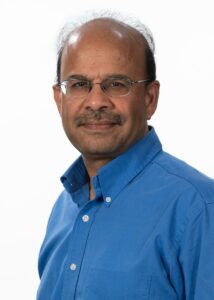 Noboru Kikuchi is the President of Genesis Research Institute, Inc., Japan as well as the Director of TRINA (Toyota Research Institute of North America, Ann Arbor, Michigan, USA), while he is Roger L. McCarthy Professor Emeritus of Mechanical Engineering, University of Michigan. His engineering specialty is Digital Engineering including CAD/CAM/CAE for Mechanical, Aerospace, and Civil Engineering as well as Medical applications. He is a pioneer of Topology Optimization Method for light weight structural design, while he has also lead Multi-scale Multi-Physics CAE in computational science and engineering applying CT scan and 3D printing technologies for the last two decades.

Nakaoka joined Toyota in Japan in 1993 as an engineer of chassis development.

For about 20 years, Nakaoka has been involved in power steering system development, FR vehicle chassis platform development and passenger vehicle product development. After serving in advanced R&D administrative and strategy management teams from 2012 to 2015, Nakaoka managed frontier research organizations in Toyota in Japan. In December 2020, he came to the U.S. for his current position.

Nakaoka earned a Doctorate in Mechanical Engineering from The Nagoya University in Japan in 1993.

Ryan Sugiura is group manager at the Toyota Research Institute of North America in Ann Arbor, Michigan, where he leads frontier research in material fields.

Prior to joining Toyota, Sugiura was a senior researcher at central research lab in NGK.

He earned Master of Science at Nagoya Institute of Technology.

Danil Prokhorov has been involved in research and planning for various intelligent technologies, such as highly automated vehicles, AI and other futuristic systems at TMNA R&D since 2005.

Since 2011, he has been in charge of the Future Research Department and Collaborative Safety Research Center (CSRC, since 2021). His department demonstrated the feasibility of autonomous driving on public roads in 2011, and his department’s efforts in personal flying mobility were pioneering for Toyota, allowing the company to join forces with Joby Aviation in 2020.

He has served as a panel expert for NSF, DOE, ARPA, NAE, SAE for more than 20 years. He was a board member of IEEE Intelligent Transportation Systems (ITS), and he is a fellow of the International Neural Network Society (INNS). Prokhorov is also a recipient of 1999 INNS Young Investigator Award and 2019 INNS Dennis Gabor Award.

He has authored many peer-reviewed publications and more than 100 patents.

Prior to joining Toyota, he was with the Ford Scientific Research Laboratory in Dearborn, Michigan, where he pursued machine learning research focusing on neural networks with applications to system modeling, powertrain control, diagnostics and optimization. Before that, he was in Russia studying system engineering, which included courses in math, physics, mechatronics, computer technologies, aerospace, and robotics.

He earned a Master of Science with Honors in St. Petersburg, Russia, in 1992 and his US Doctorate in 1997.

Dede has worked both as a principal scientist and senior research manager in the Power Electronics Group in ERD. That team won two R&D 100 Awards for the development of technologies related to next-generation electronics for electrified vehicles.

Dede holds 135 issued patents and has published more than 100 articles in archival journals and conference proceedings on topics related to design and structural optimization of thermal, mechanical and electromagnetic systems. He is an author of the book “Multiphysics Simulation: Electromechanical System Applications and Optimization” and serves as an associate editor for the ASME Journal of Electronic Packaging.

Prior to Toyota, Dede worked for the Space Physics Research Laboratory at the University of Michigan. In between his undergraduate and doctoral work, he was a senior engineer in the Solar Array & Mechanisms Product Center at Lockheed Martin Space Systems in Sunnyvale, California.

He joined Toyota in 2007 as a senior research scientist. Since 2018, his technical exploration has continued beyond the field of mobility and into photonic integrated system, neuromorphic computing and smart mechanical systems.

Prior to Toyota, he was a senior product engineer at Meggitt Safety System in Simi Valley, California, where he developed microwave components for military and commercial aircraft applications. A microwave subsystem engineered by his team launched in the New Horizon mission to Pluto in January 2006. Later in 2006, he became a senior RF engineer at Advanced Energy Industries Inc. in Fort Collins, Colorado, where he developed an advanced mixed-signal system for an extremely stable 3~5kW RF power source.

Lee has won three R&D 100 Awards, he has written more than 40 technical papers and he holds more than 50 issued patents.

He received a Master of Science and Doctorate in Electrical and Computer Engineering from University of California Davis in 2004 and 2005, respectively.

Hiroshi Ukegawa is senior manager of the Power Electronics research group in the Electronics Research Department at the Toyota Research Institute of North America (TRINA) in Ann Arbor, Michigan, where he is responsible for the direction of new power electronics research in the United States as part of Toyota’s future mobility research and development effort.

Ukegawa joined Toyota Motor Corporation in 2011 and worked on the development of inverters and converters in numerous hybrid, plug-in hybrid, fuel cell and electric vehicles. He developed the Intelligent Power Module for the third- and fourth-generation Prius, the second-generation MIRAI and next-generation electric vehicles. He also developed the motor/generator electronic control unit for next-generation hybrid and plug-in hybrid vehicles. He has experience in image recognition and gesture recognition algorithm development for robot operating systems using deep learning techniques.

He graduated with a Master of Science in Electrical and Electronics Engineering from Osaka University.

Debasish Banerjee is a senior research manager in the Materials Research Department at the Toyota Research Institute of North America (TRINA) in Ann Arbor, Michigan, where he leads a team of talented scientists working on variety of topics in functional materials, computational material science and material informatics.

Banerjee joined Toyota in 2004 and he has held several scientific research positions in TRINA over the years. He is a lead inventor on variety of topics in material research that resulted more than 150 patents and scientific publications. He and his global team received R&D100 awards in 2018 for discovering nature-inspired omnidirectional structural color, which has been commercialized as “Structural Blue.”

He has a master’s degree from Indian Institute of Technology Kharagpur, India and a Doctorate in Physics from Boston College.

Hongfei Jia is a senior research manager in the Material Research Department at the Toyota Research Institute of North America in Ann Arbor, Michigan, where he is responsible for environmental catalysts, fuel cell materials and material characterization.

Since joining Toyota in April 2005, Jia has been involved in several R&D projects, including bioactive coatings, biofuel cells, solar energy utilization, CO2 recycling, emission control catalysts and fuel cell materials. He has served in several capacities in his professional community, including as the president of the Michigan Catalysis Society, co-organizer of the Polymer Electrolyte Fuel Cells & Electrolyzers symposiums at the Electrochemical Society conferences and reviewer for DOE H2 & FC program AMR and multiple journals.

Jia has also authored or co-authored more than 50 articles, papers and abstracts on a variety of topics, including bioactive materials, biofuel cells, renewable energies, electrocatalysts for fuel cell and CO2 reduction. Additionally, he is listed as an inventor on more than 30 patents.

Umesh N. Gandhi is an executive scientist at the Toyota Research Institute of North America in Ann Arbor, Michigan, where he develops breakthrough know-how and advanced technology to achieve lightweight, sustainable mobility solutions through in-house research and external collaborations.

He joined Toyota in 1997 as a senior principal engineer at TRINA’s Toyota Technical Center. He focused on developing vehicle structure and restraint systems for crash performance, starting the side impact safety activity for Toyota, North America from scratch. Every vehicle he worked on achieved vehicle the highest available five-star ratings.

Gandhi is a fellow of the Society of Plastics Engineers and a R&D100 finalist for his quasi zero stiffness vibration isolator. He has served as a board member and advisor to many research groups and has been published more than 60 times, including his book “Discontinuous Fiber-Reinforced Composites: Fundamentals and Applications.” He also holds more than 60 patents.

Prior to joining Toyota, Gandhi was a staff project engineer at General Motors, where he designed and developed automotive structure and safety systems for crash performance and applied data-based computational methods to address unique engineering problems.

He earned a Doctorate in Mechanical Engineering from the University of Michigan. 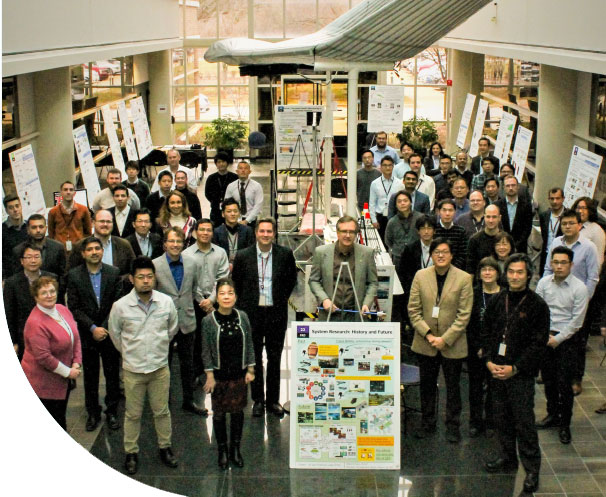 The TRINA team of researchers and scientists represents brainpower, diligence and passion.

For a listing of available jobs, visit Toyota’s career portal. 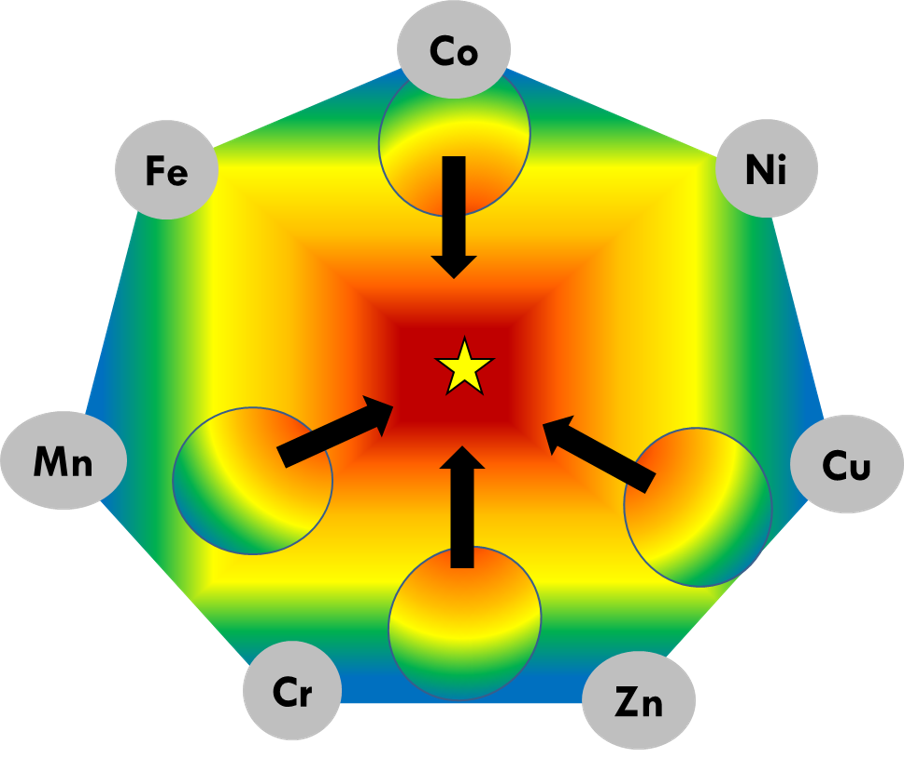 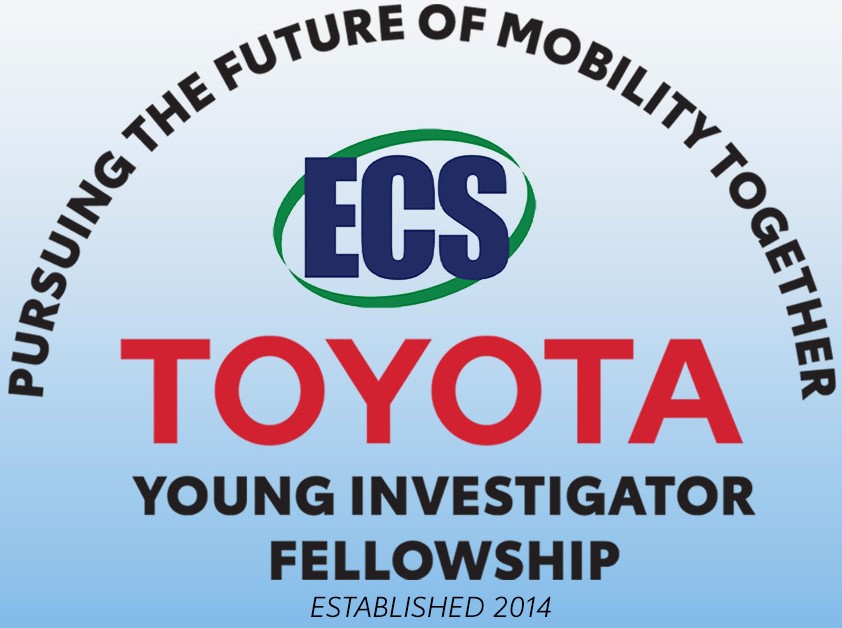 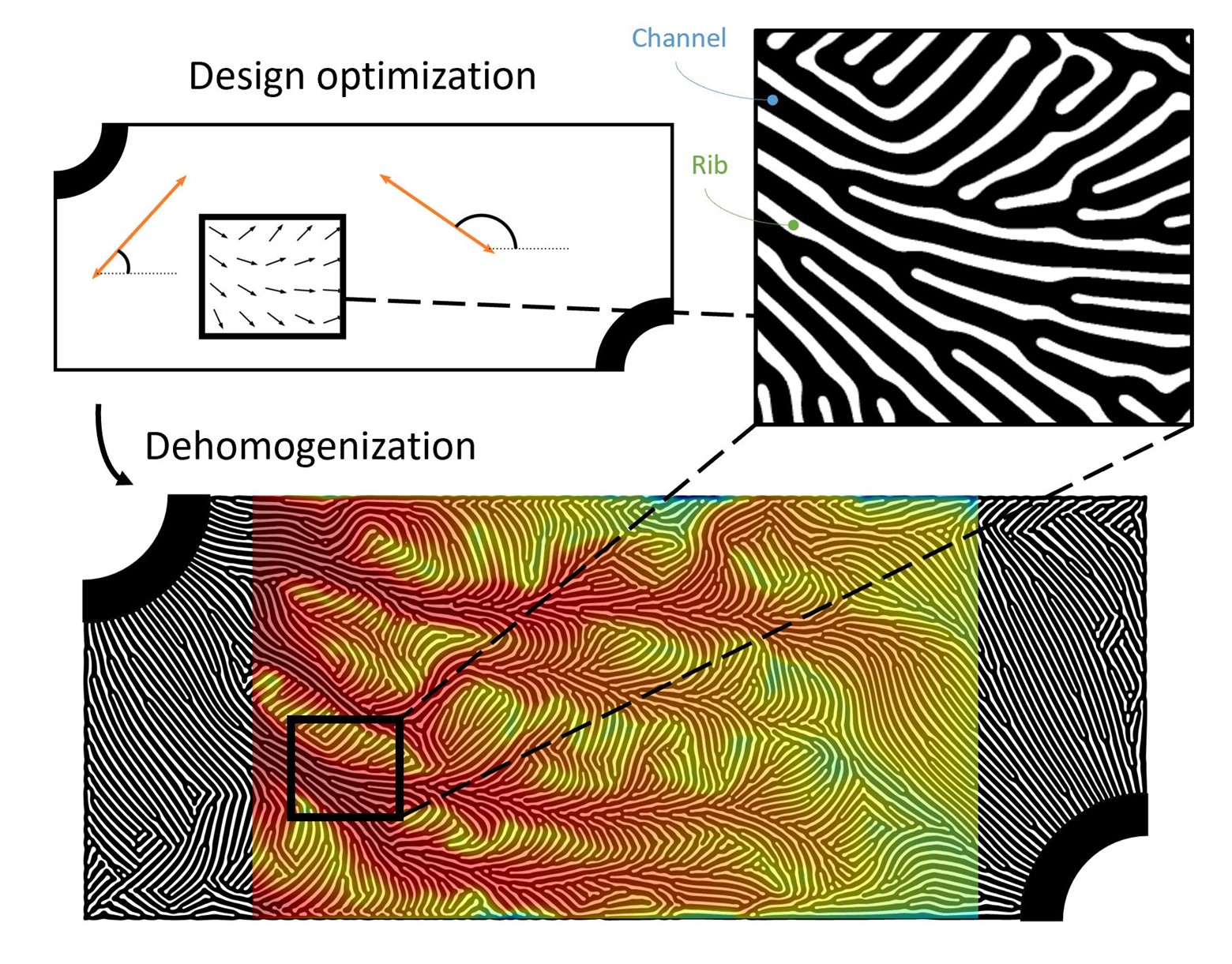 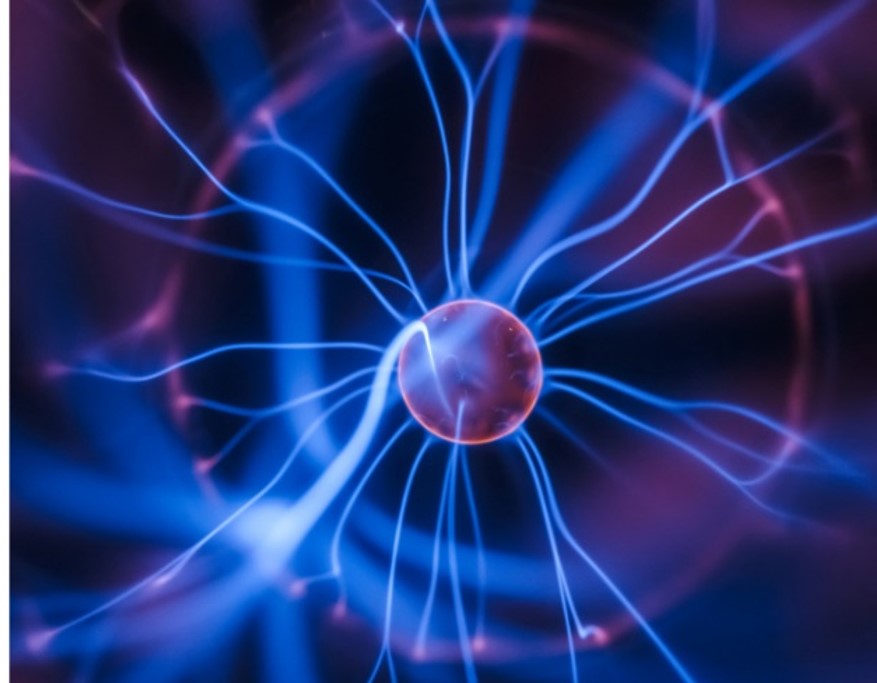 Seeing Beyond the Car. TRINA Scientist weighs in on how our understanding of cars shapes our view of automated driving systems. 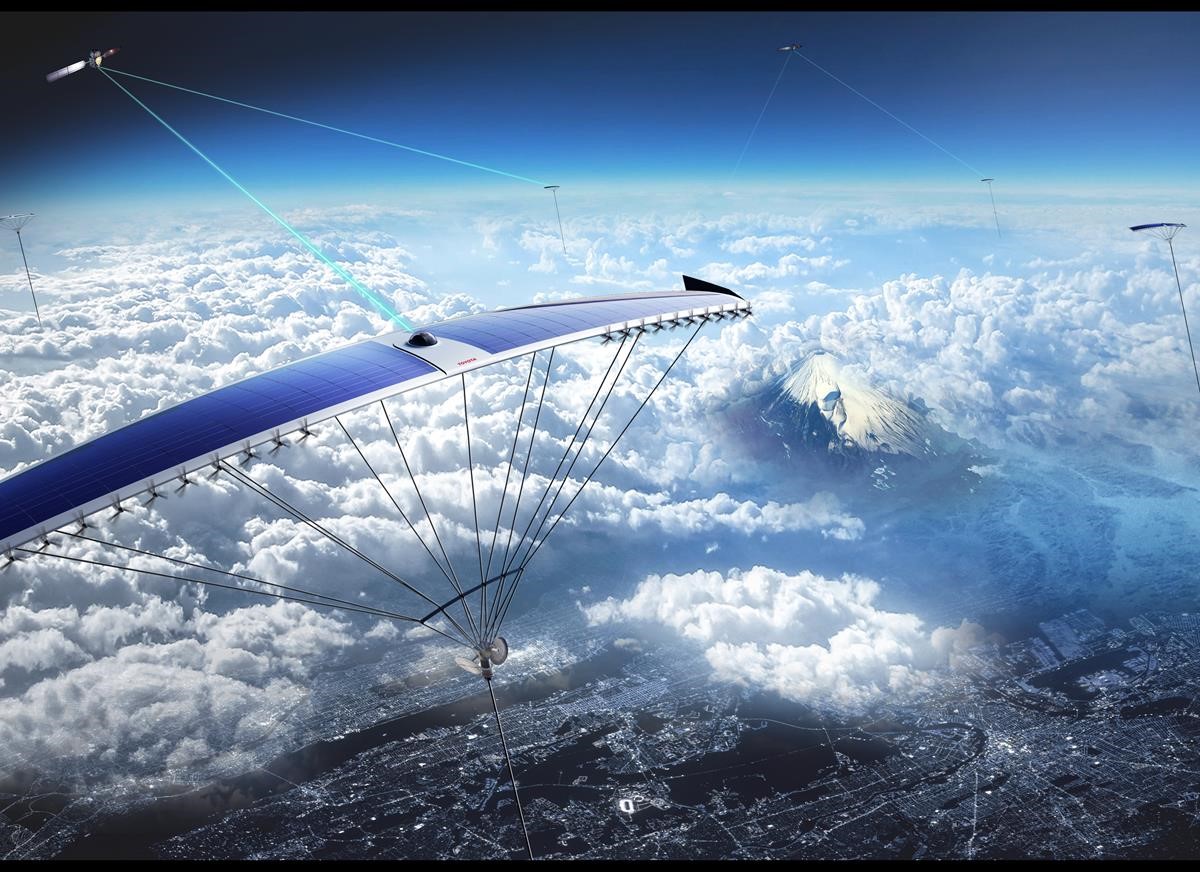 TRINA Mothership research team led by Dr. Taewoo Nam has demonstrated an automated pattern flight of an advanced light-weight kite at a private airport in Michigan